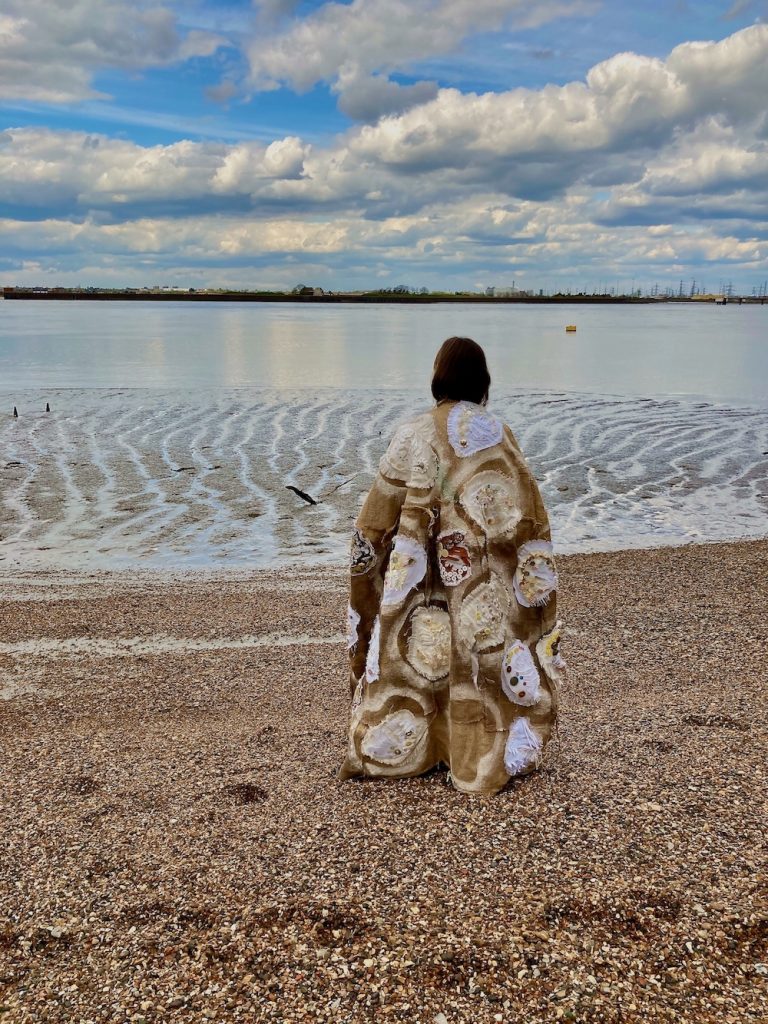 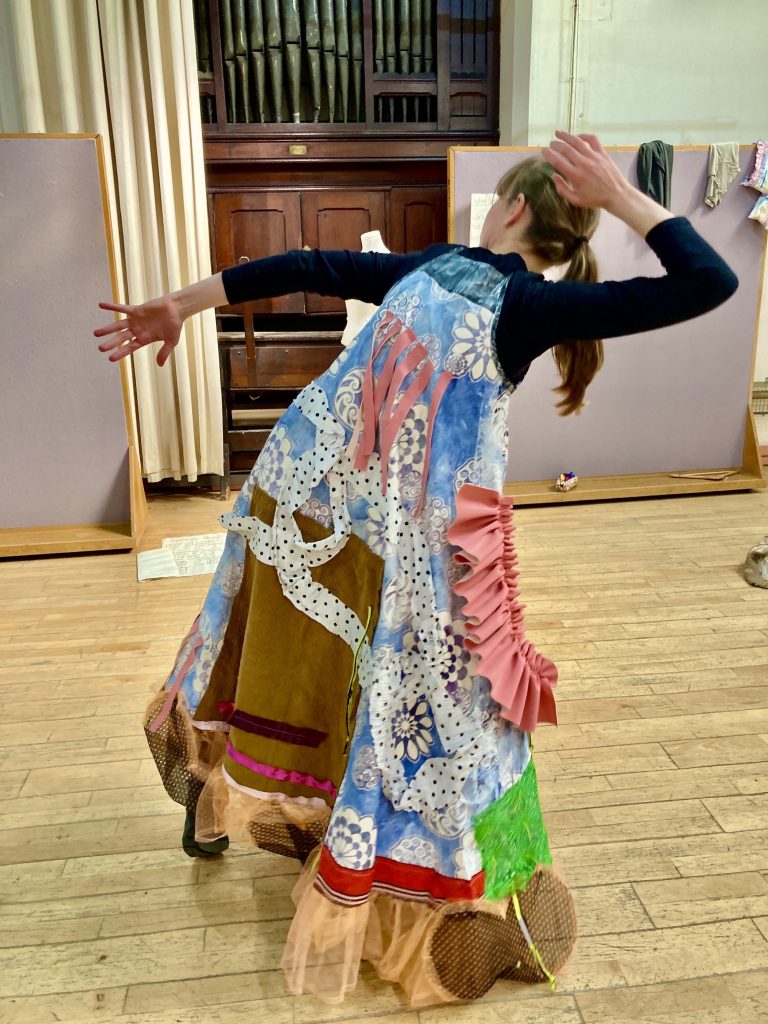 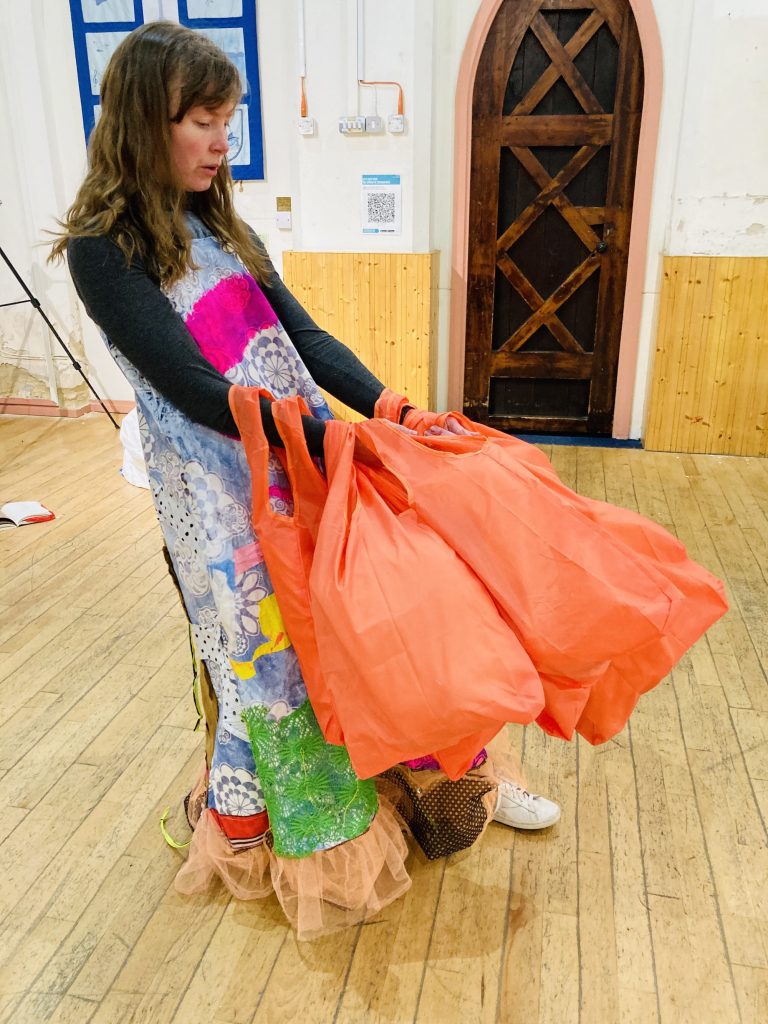 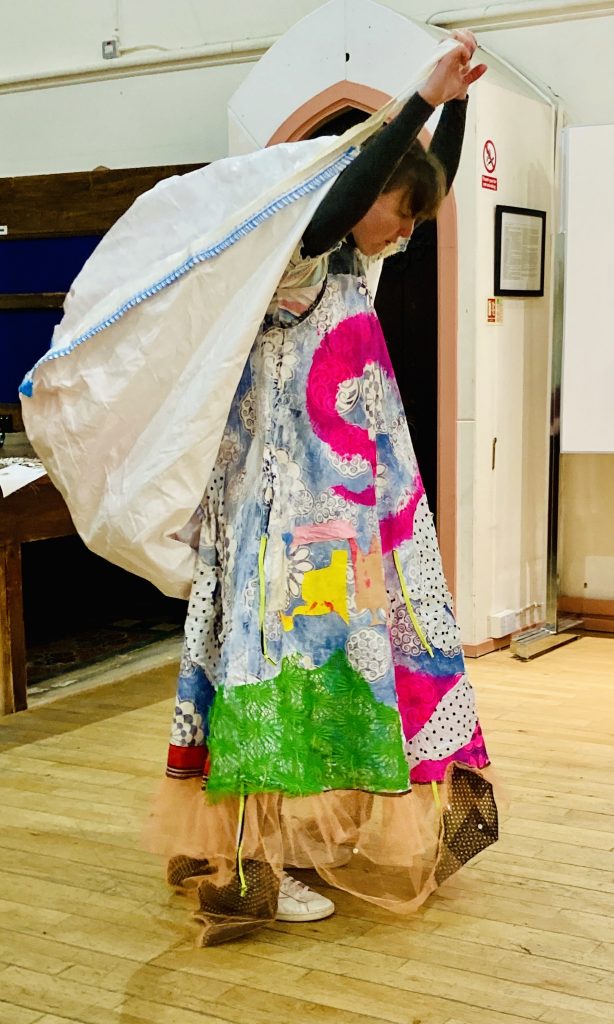 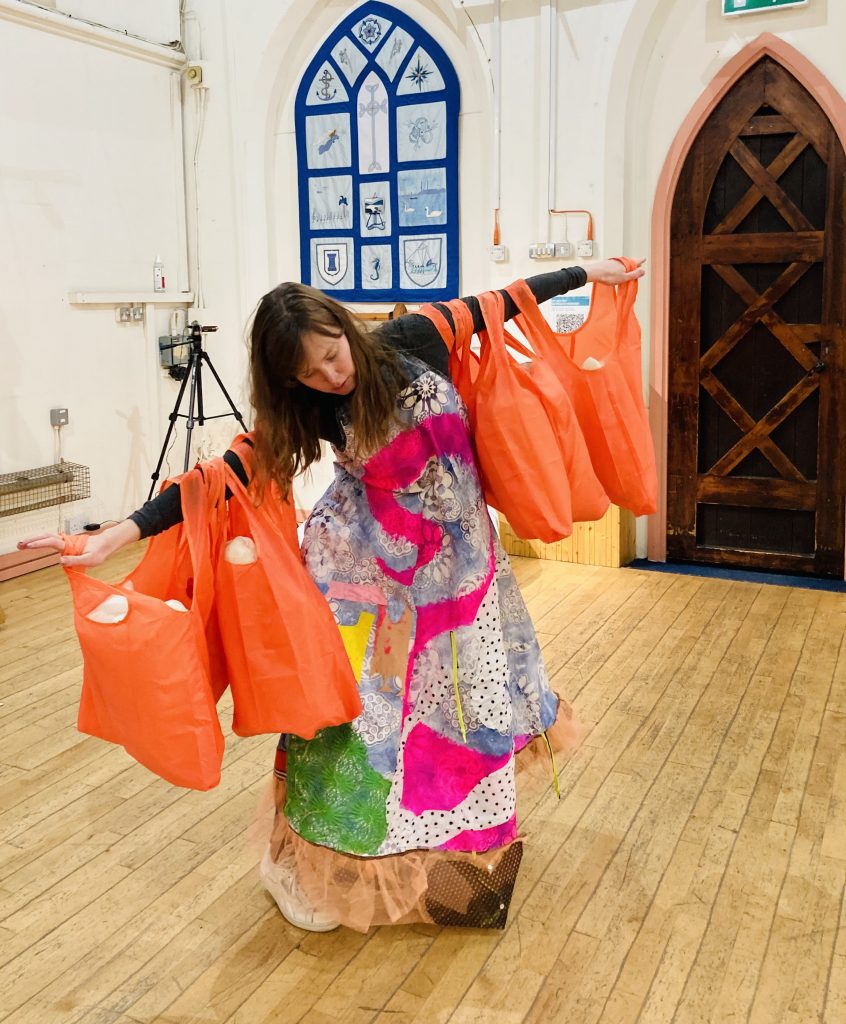 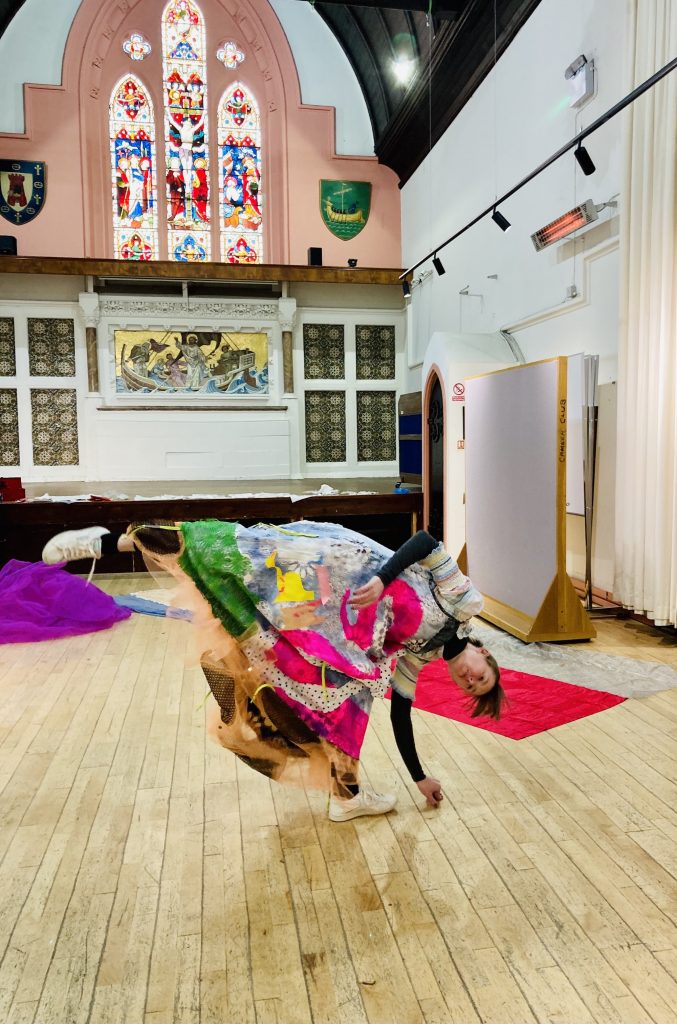 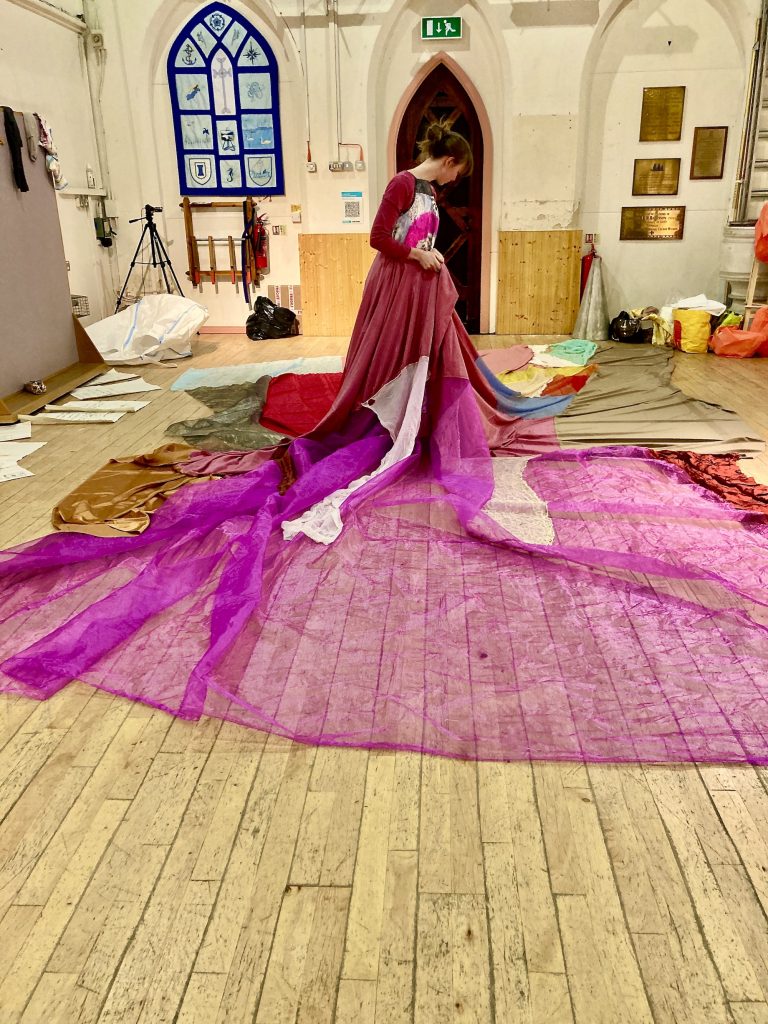 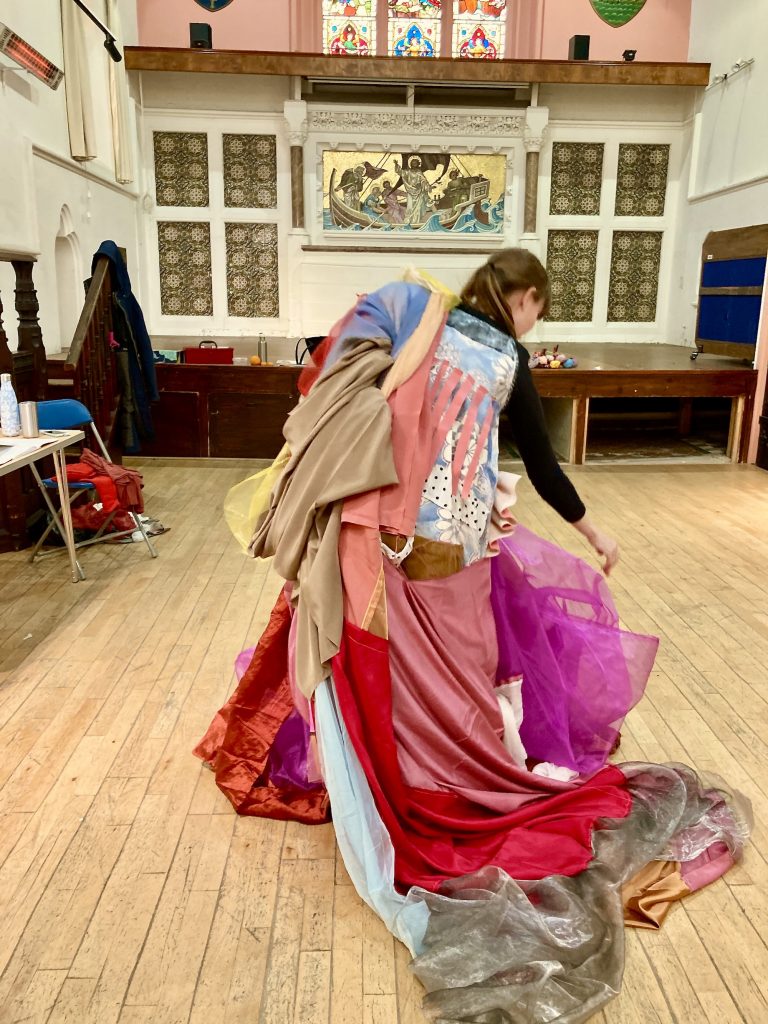 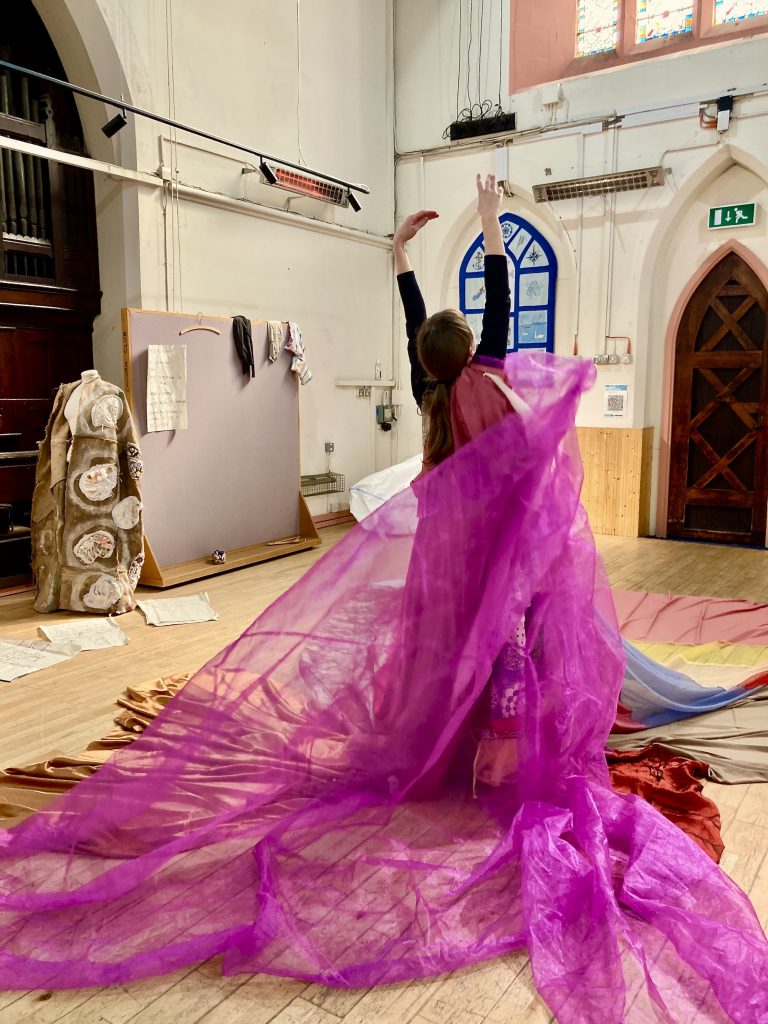 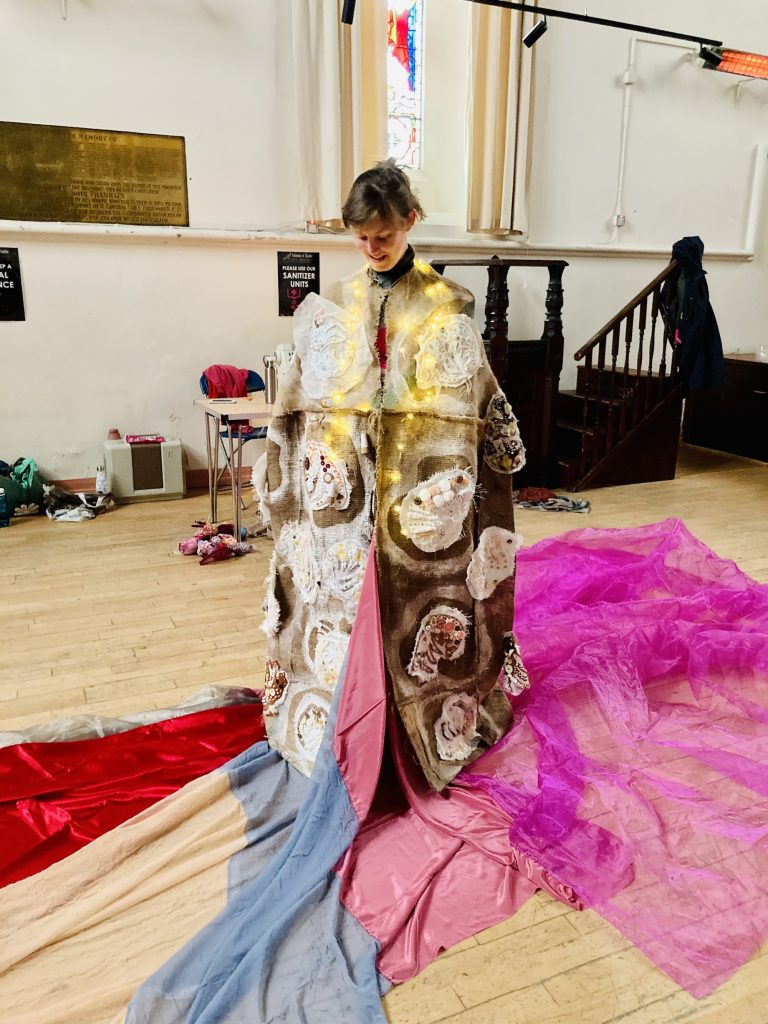 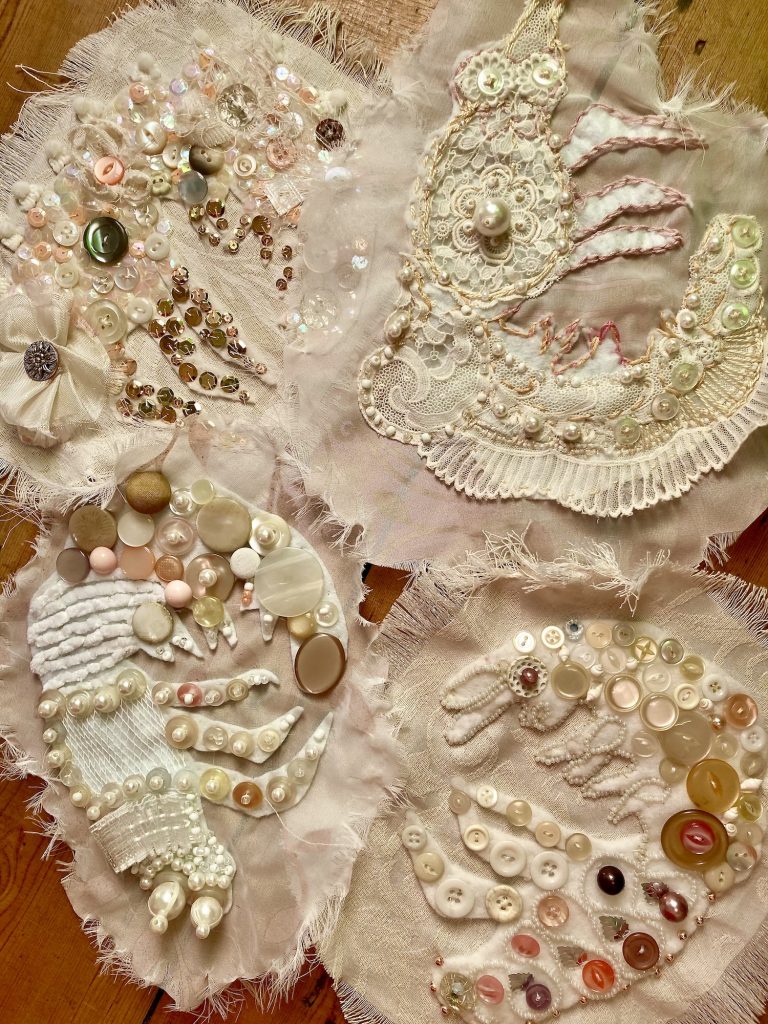 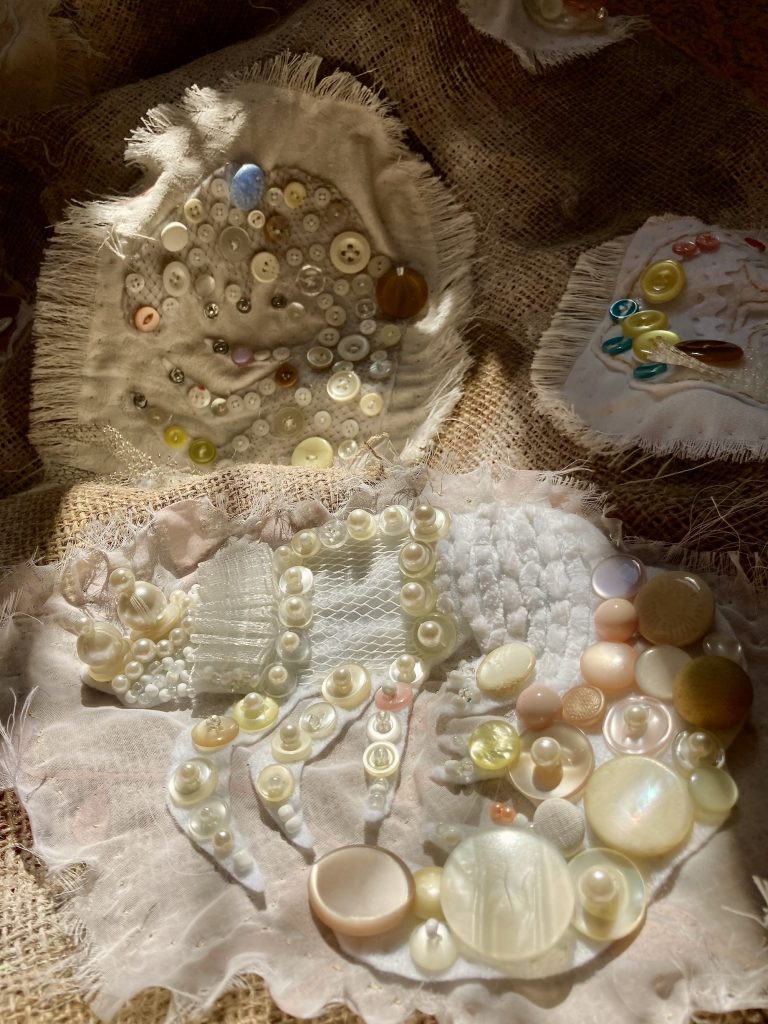 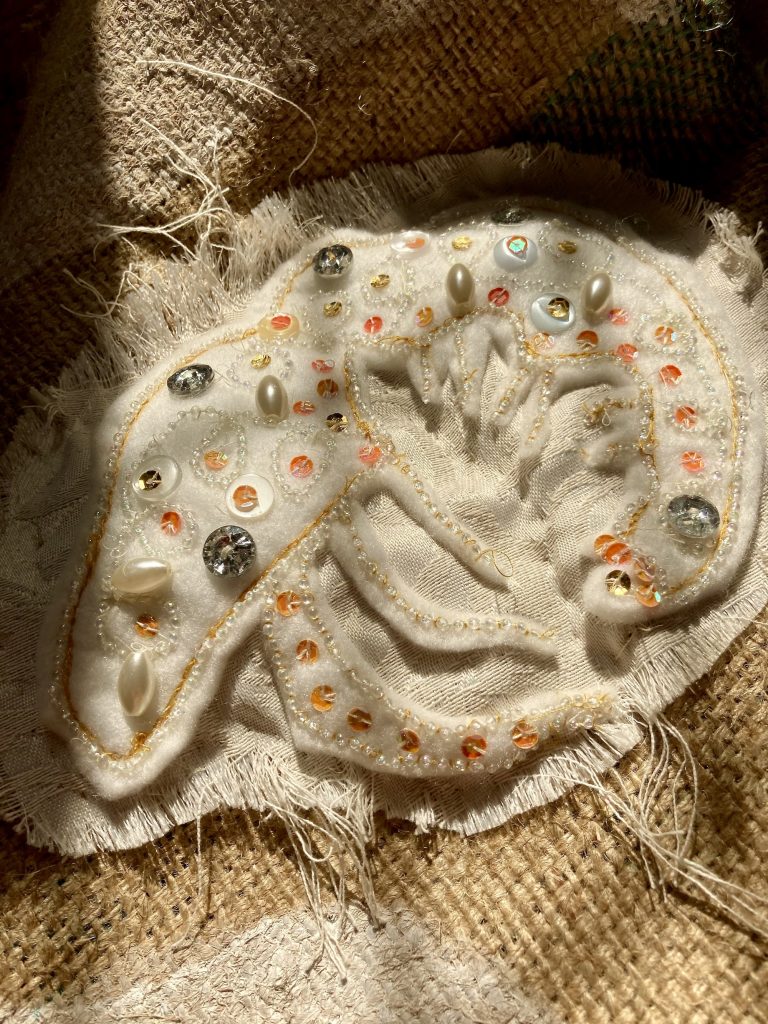 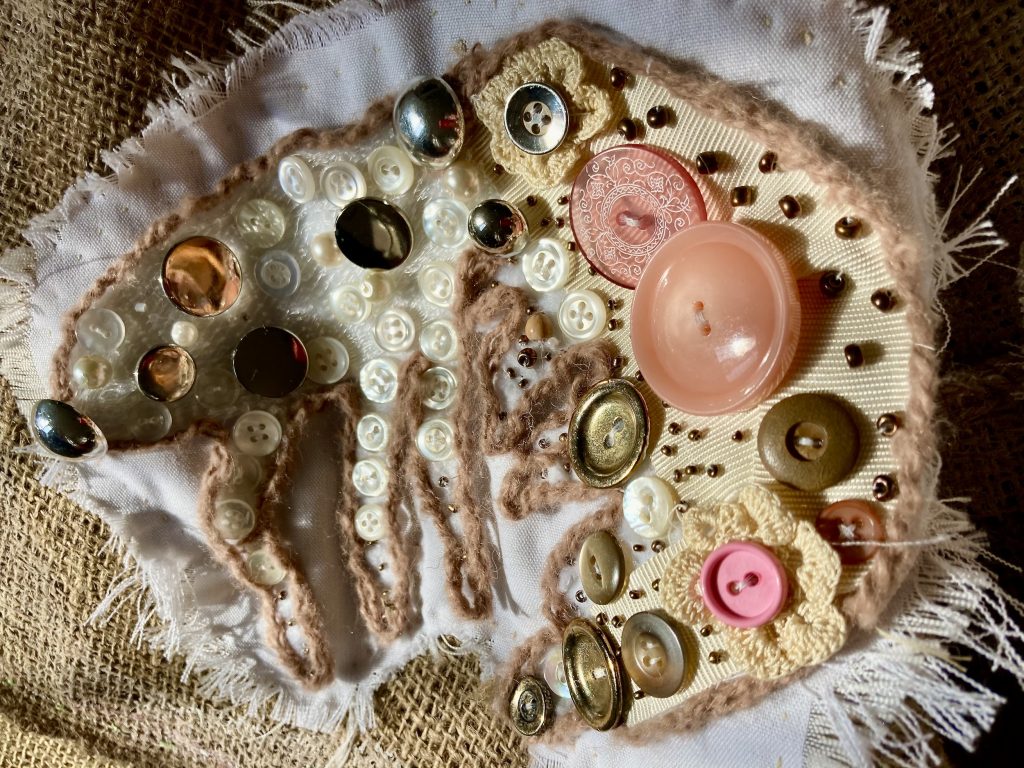 In preparation for  Creative Estuary LV21 SIlTings, June 2021, Daisy and Nicola rehearsed their project Shrimpers and Mudlarks as artists in residence at St. Andrews Arts centre, beside Bawley Bay. Inspired by a photograph from ‘Fishermen from the Kentish shore,’ a woman stands alone on the bay looking out to the river from the bank of the Thames, her view is blocked by Bawley boats, she is waiting to start work and there is the suggestion that others will join her.

This solitary, isolated woman is anticipating the days activity, her work has purpose in its endeavour. In a cape encrusted with pearly shrimps she moves to show glimpses of her patchwork dress underneath.
In her changing form of vulnerability and strength, she discards the cape to reveal a giant skirt of patched fabric, which she uses like heavy nets against her body, repeatedly pulling, laying out, billowing in the wind, gathering and draping to her silhouette.
This is practical work is under taken by a woman, her movements a combination of femininity, struggle, repetition, ritual, her muscles familiar with her daily tasks, working with and against the elements, the landscape, and sodden nets.

As the end of the day approaches her cape and nets capture the golden glow of shrimps and mudlark’s treasure.

The residency at St. Andrews was an extraordinary, immersive opportunity for Daisy and Nicola to  use contemporary dance and visual art to reimagine the human activity that would have dominated the bay, focusing on the movement of labour, physical struggle, interpreting unusual objects and environmental restraints.

The final result is a contemporary response as a short evocative film shot on location, featuring a solitary dancer moving to a bespoke acoustic guitar soundtrack composed and performed by musician Aleph Aguiar.

The film premiers online at lv21.co.uk on Friday 4th June and is also screened throughout the weekend at St Andrew’s Church next to Bawley Bay.

Nicola created costumes which include a huge net skirt that covers the bay and a cape covered in shrimp embroideries which were made by community groups in Gravesend. The costume pieces were influenced by fabrics and objects worn by sea women of South Korea, plastic washed up at Bawley Bay and recycled sari’s from Rethink Sangam.