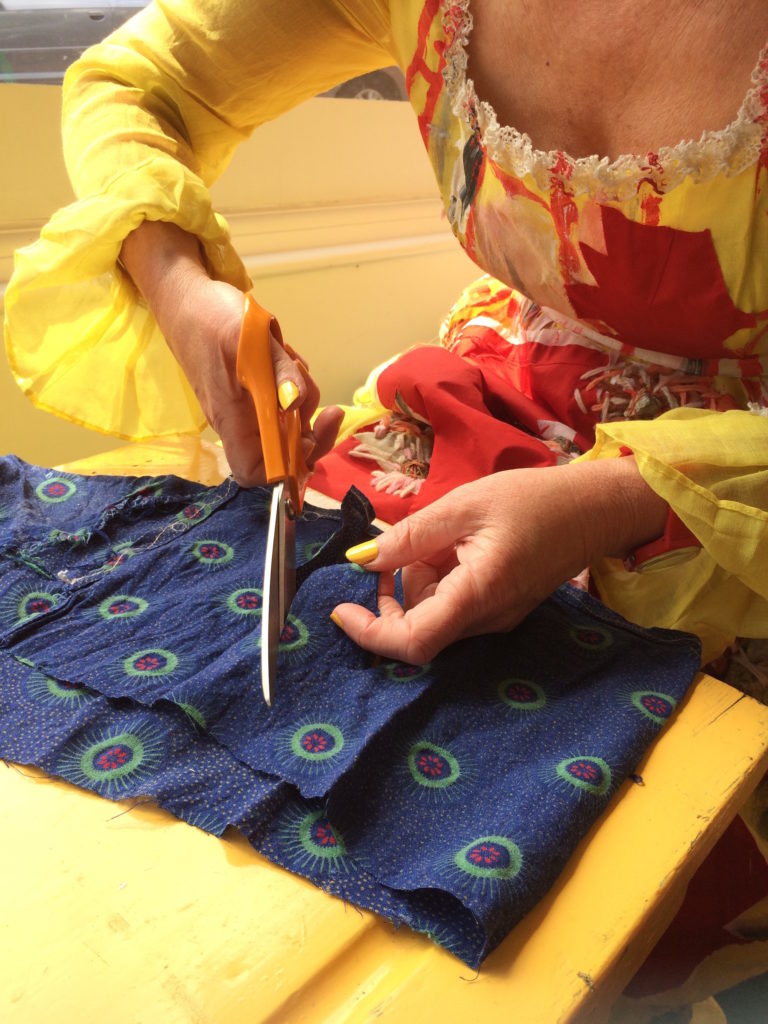 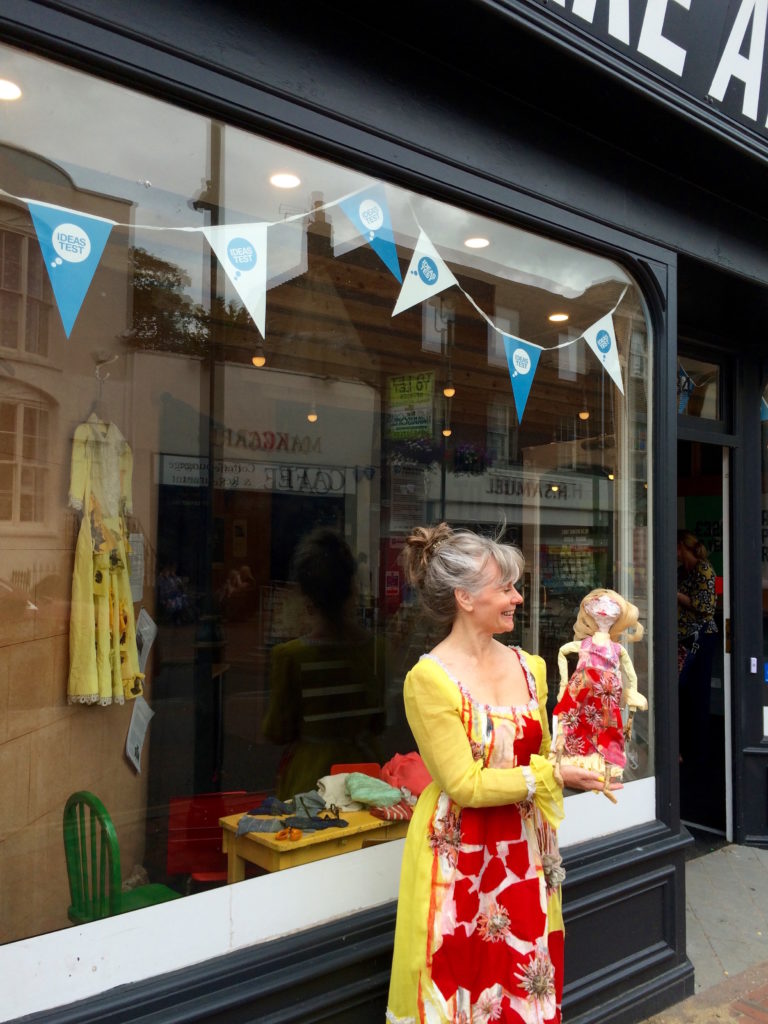 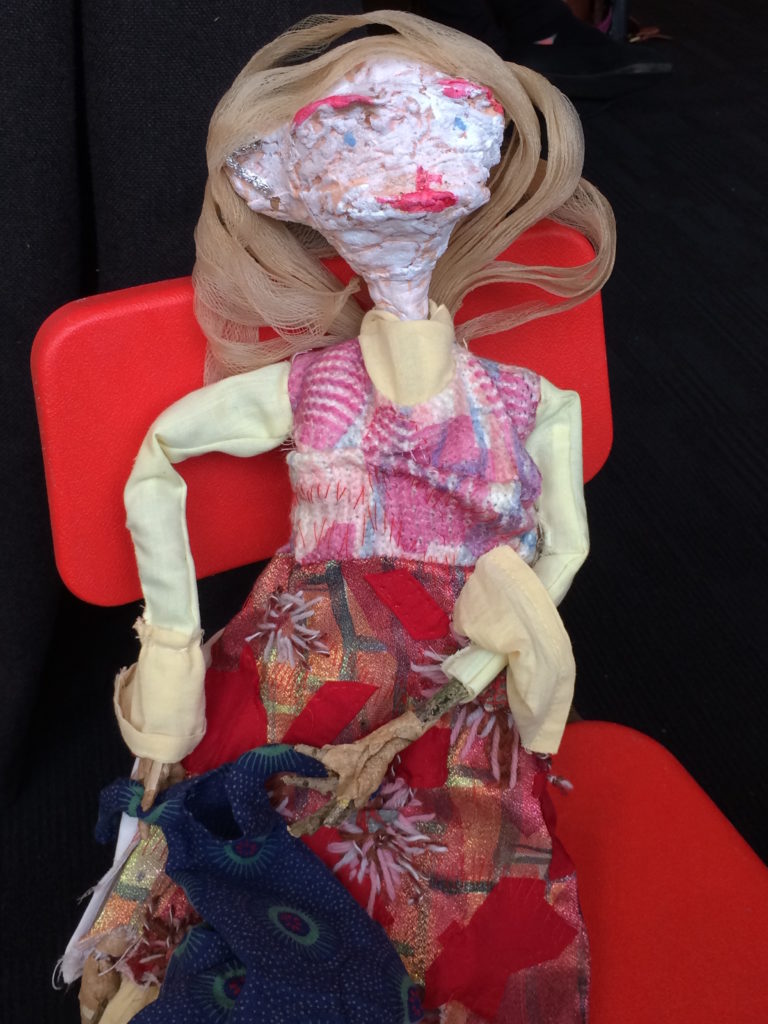 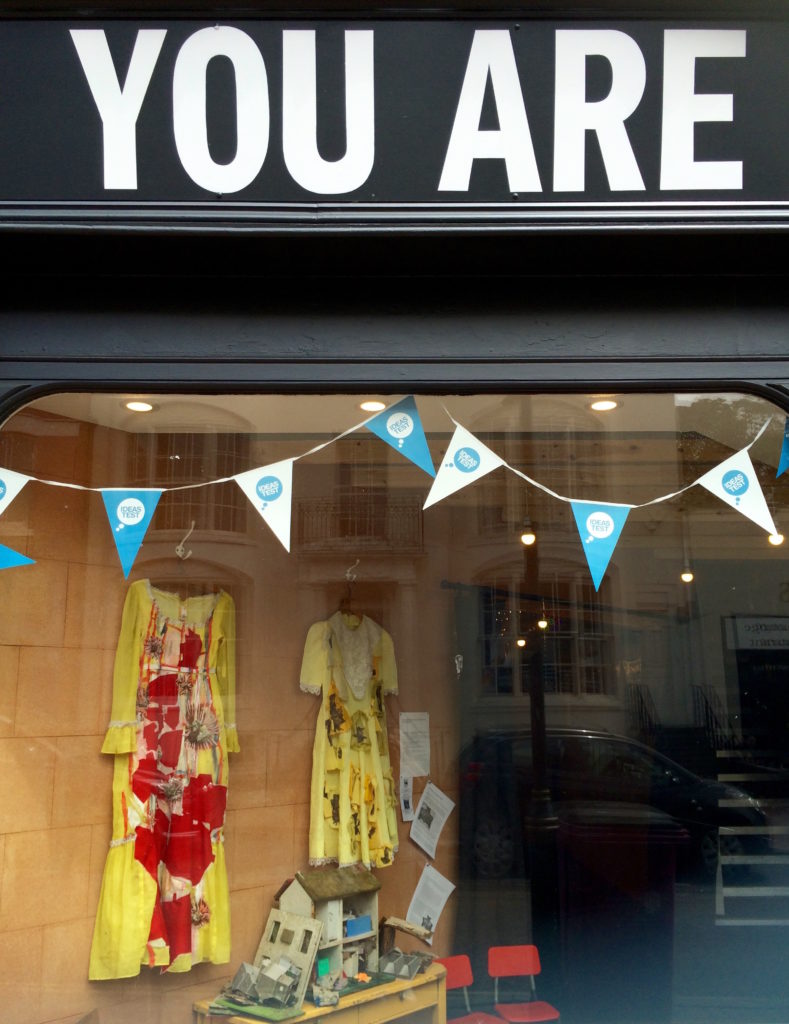 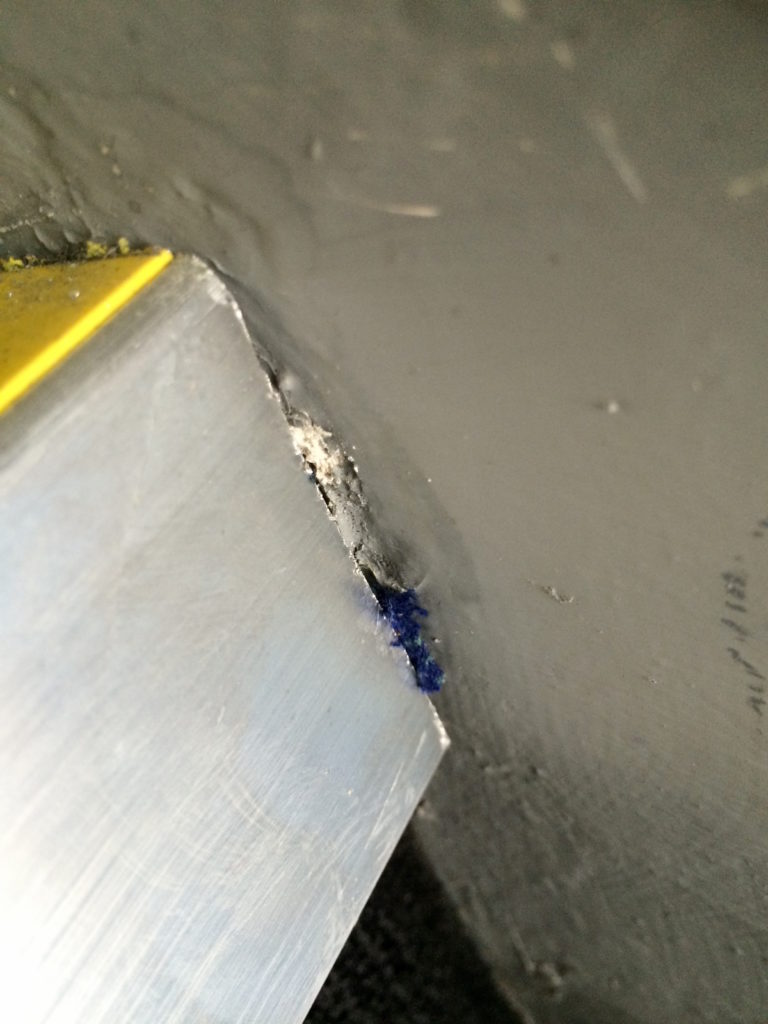 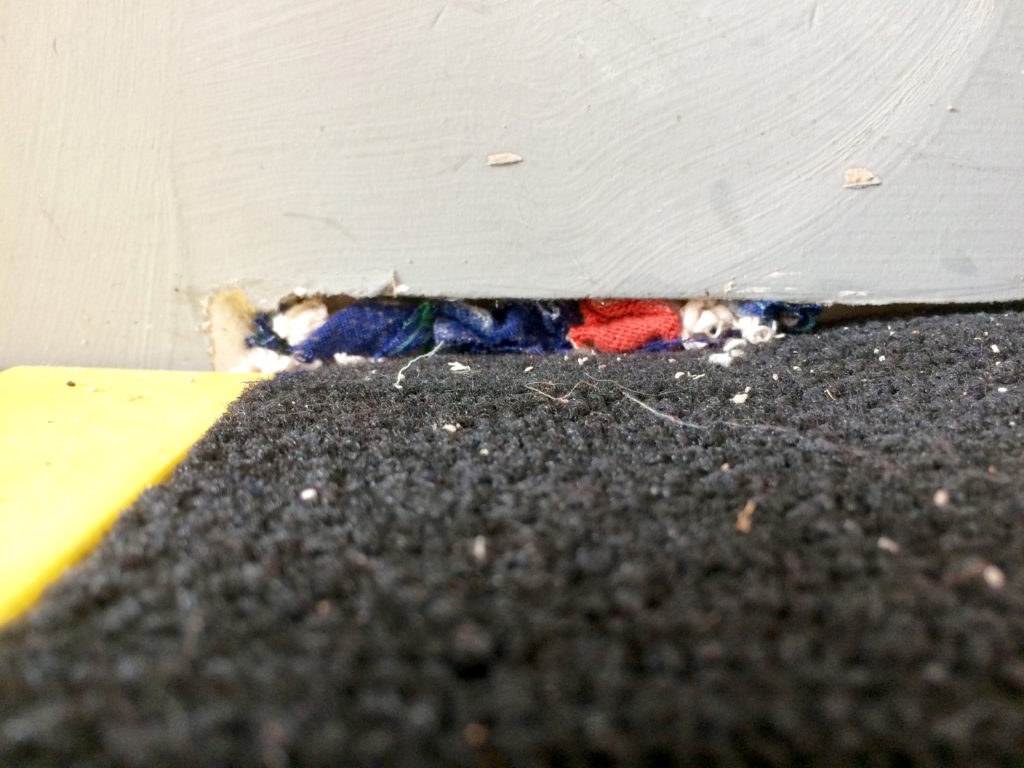 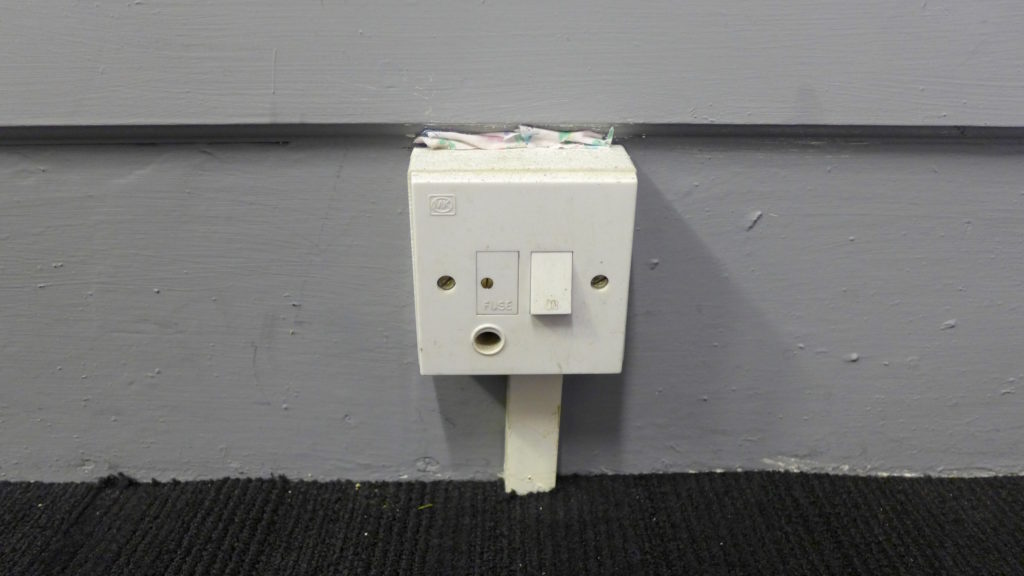 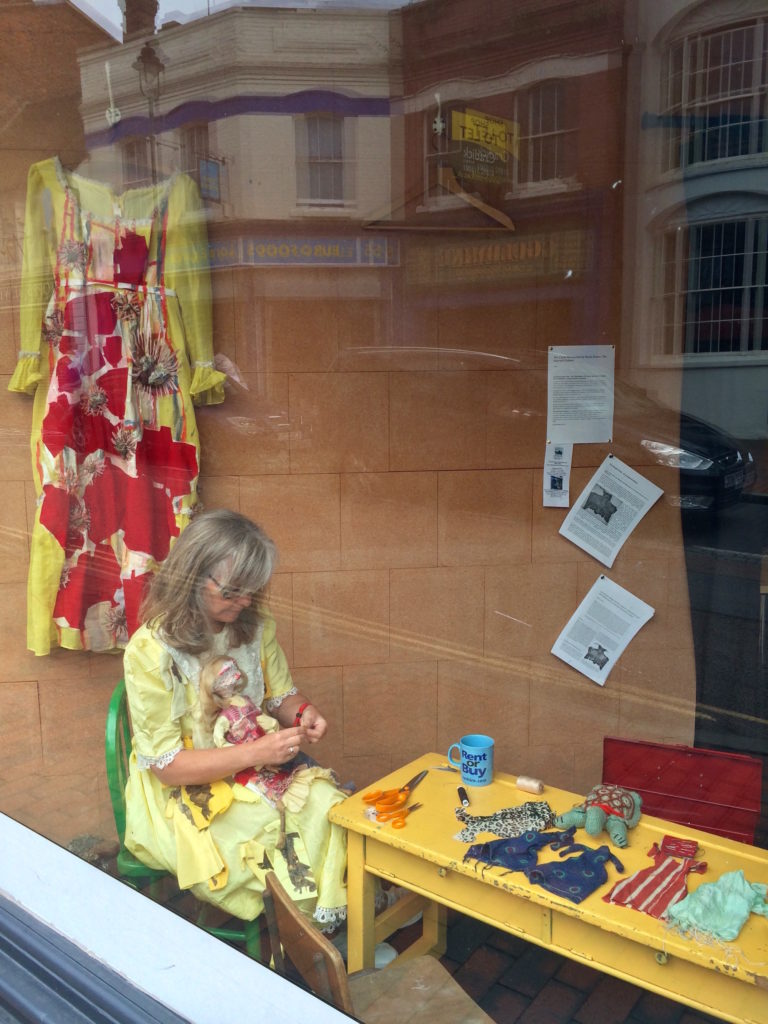 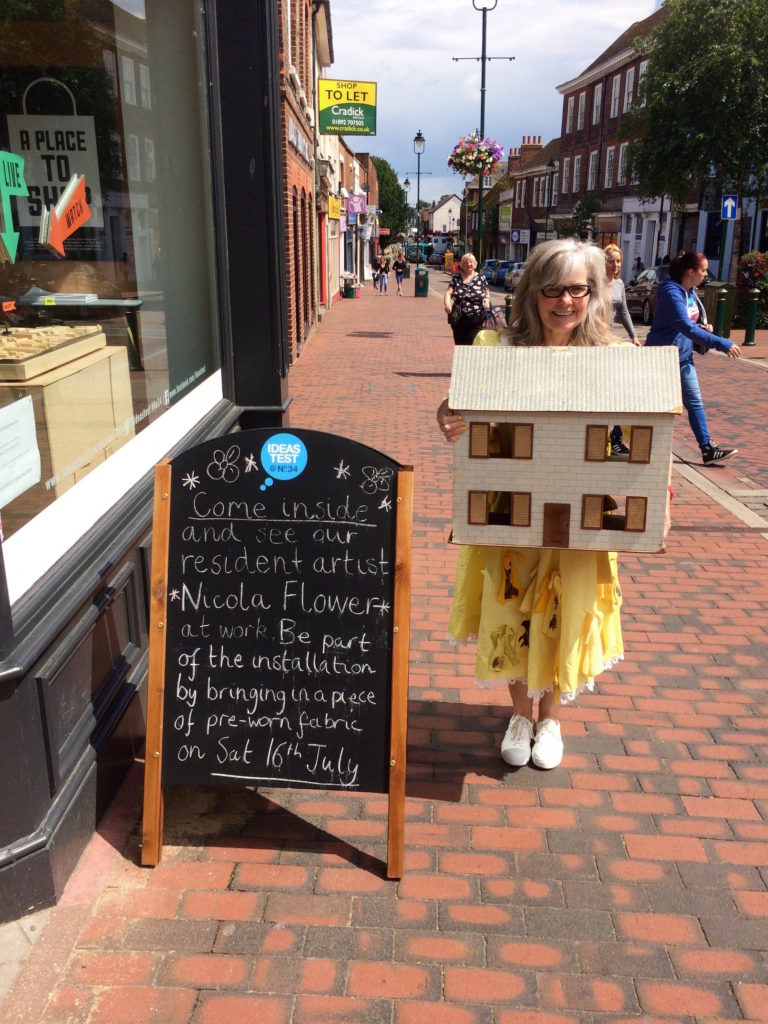 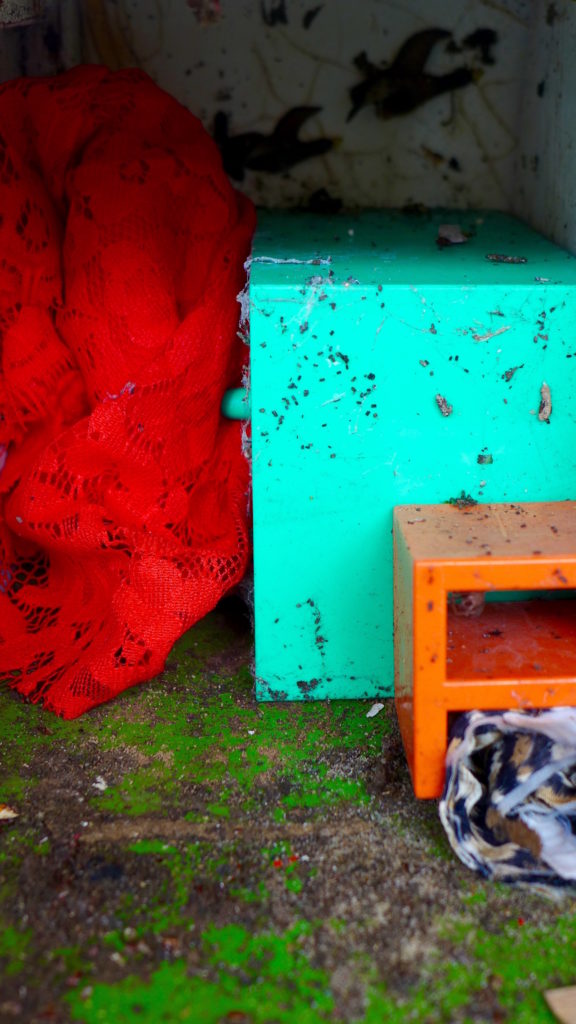 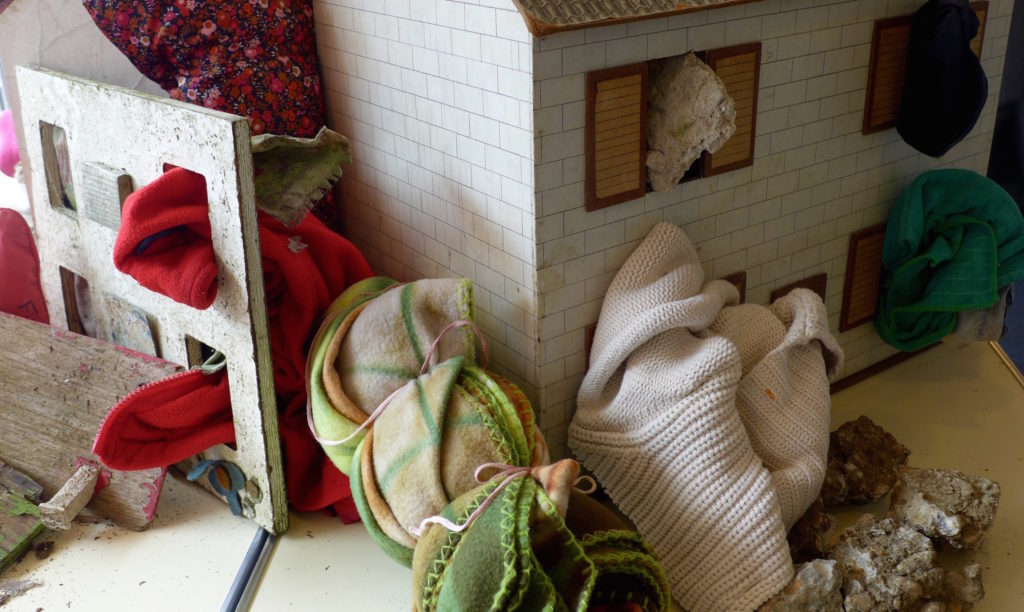 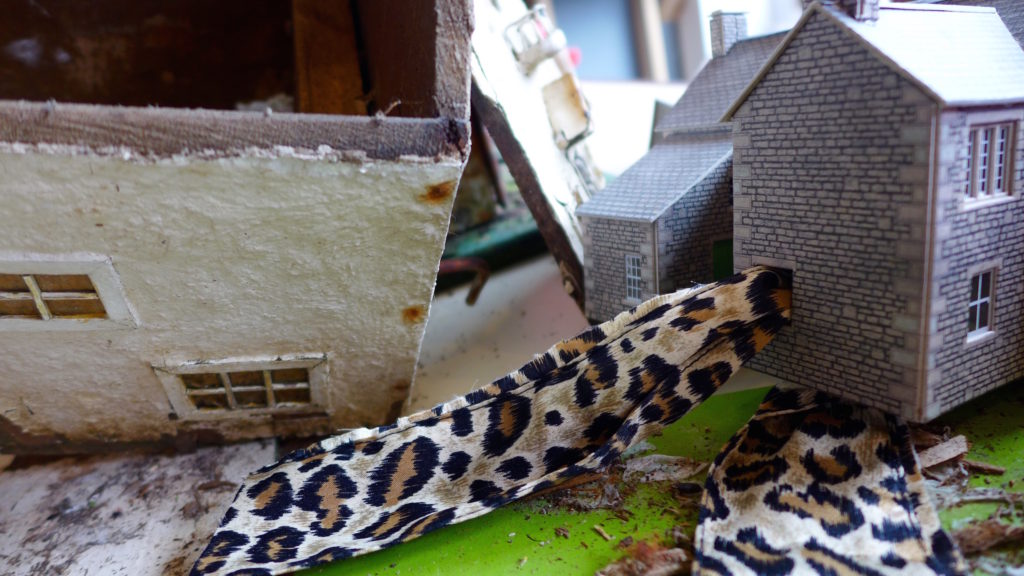 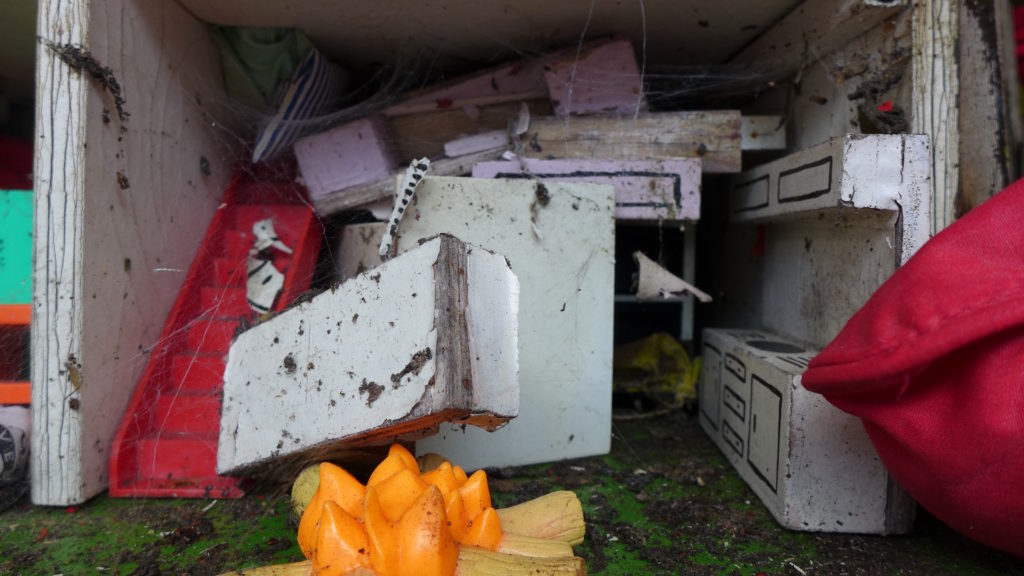 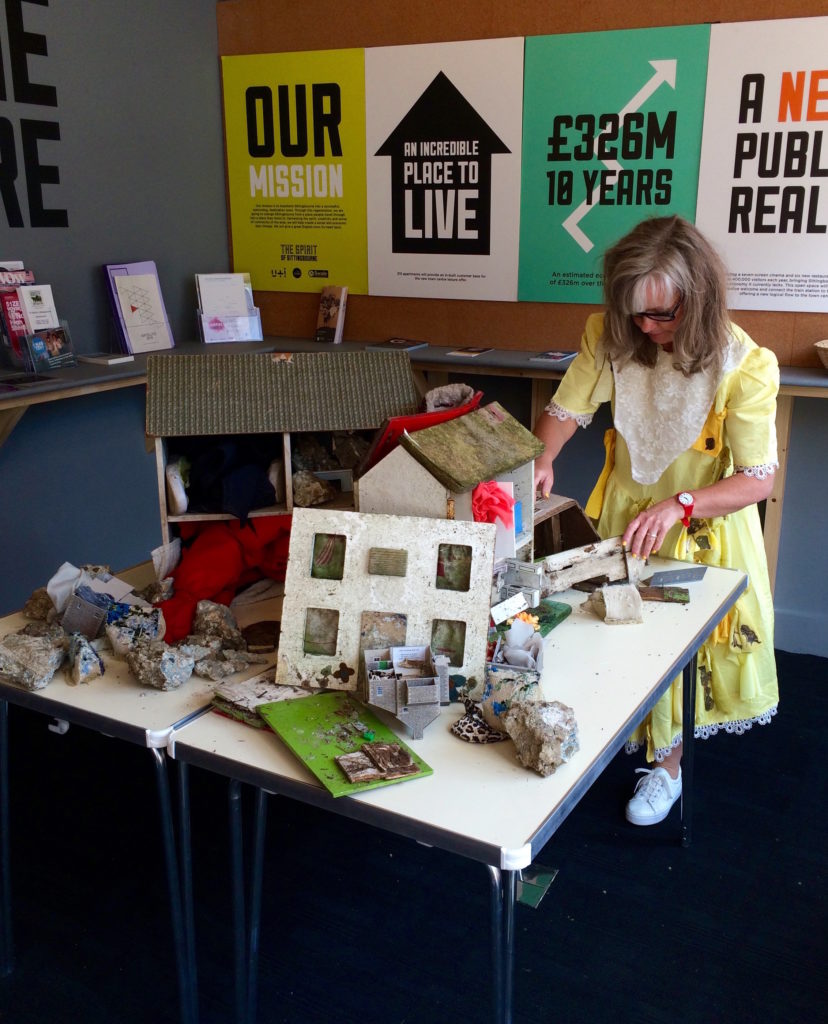 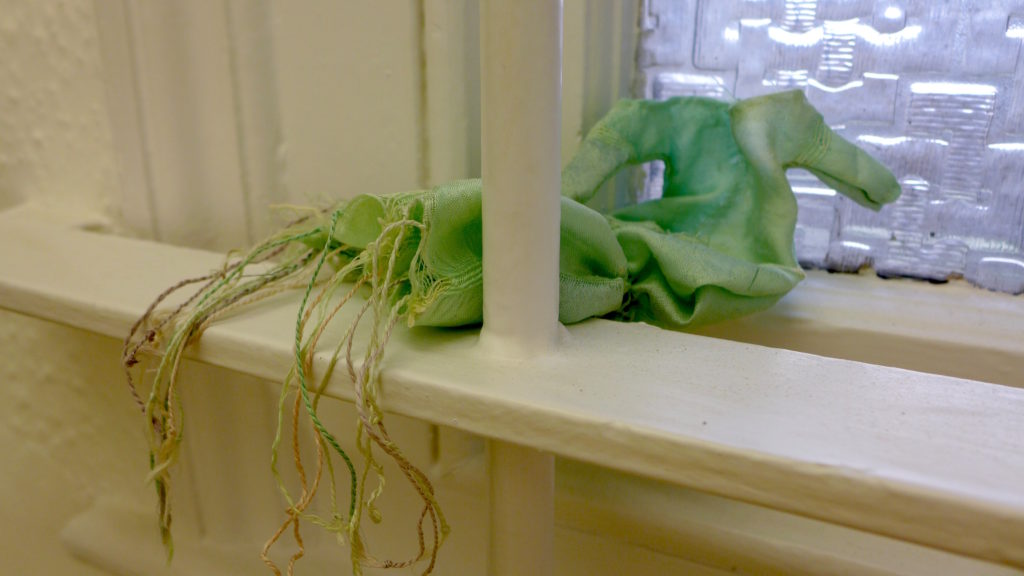 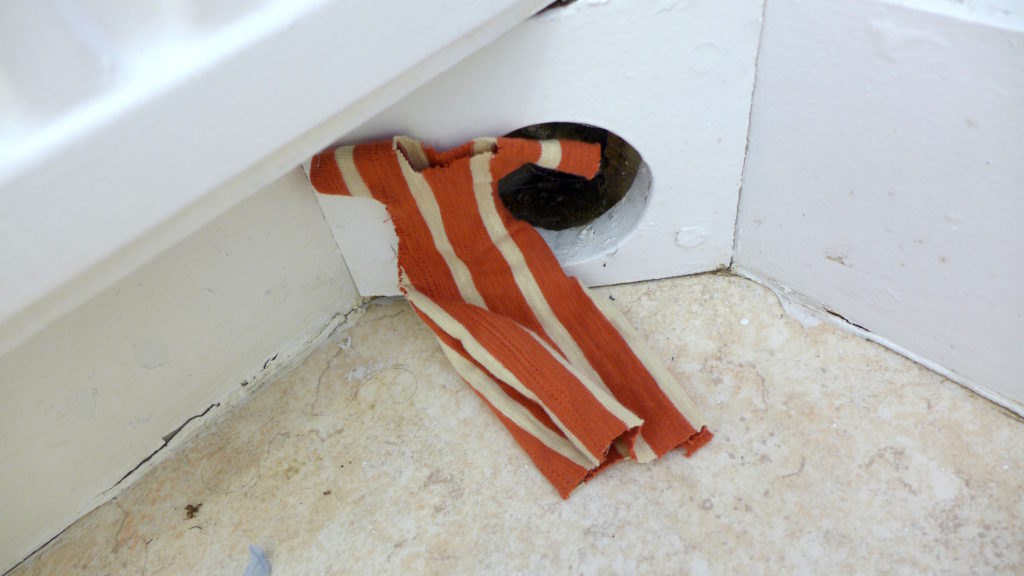 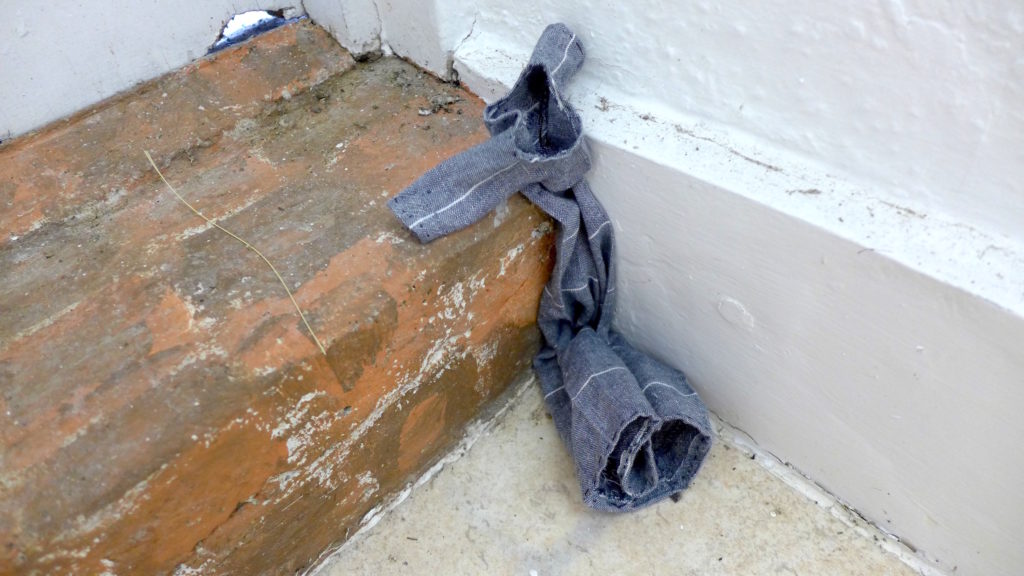 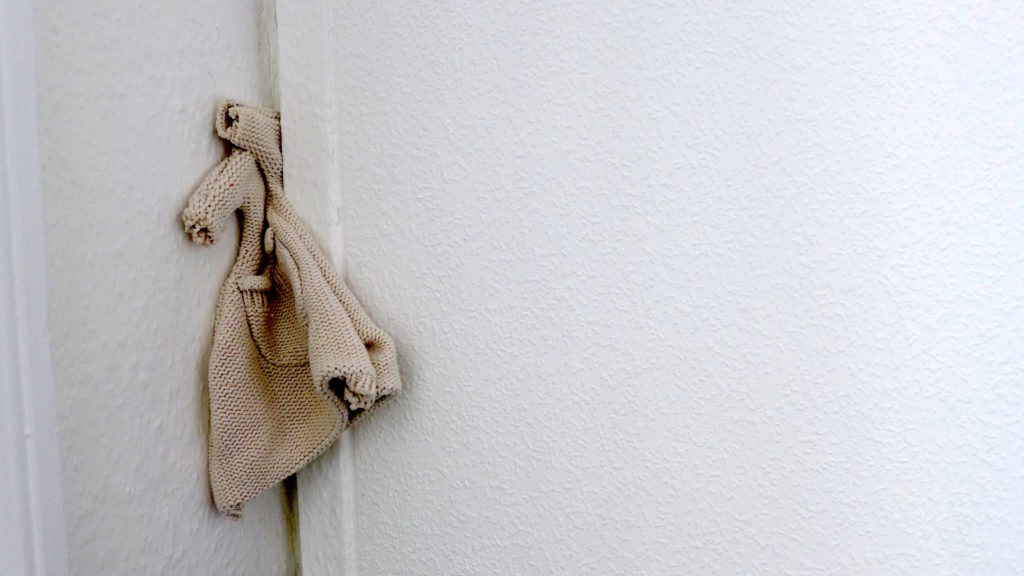 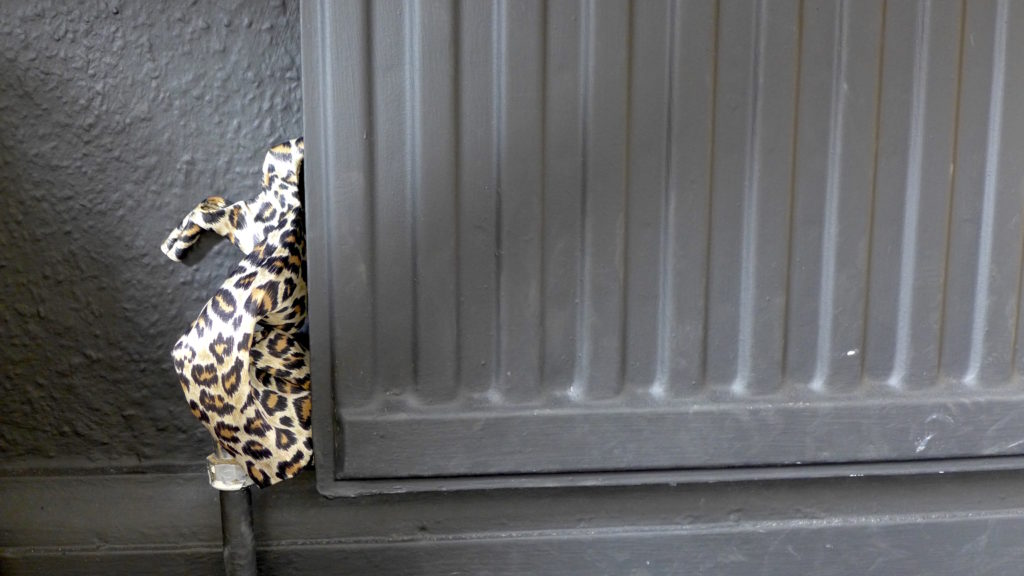 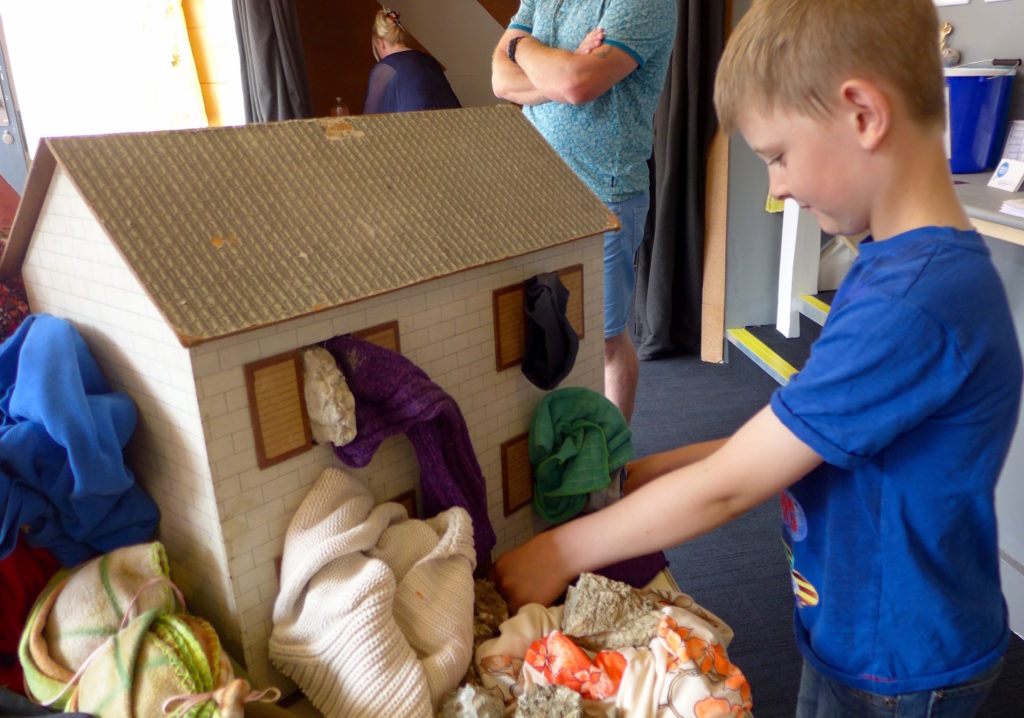 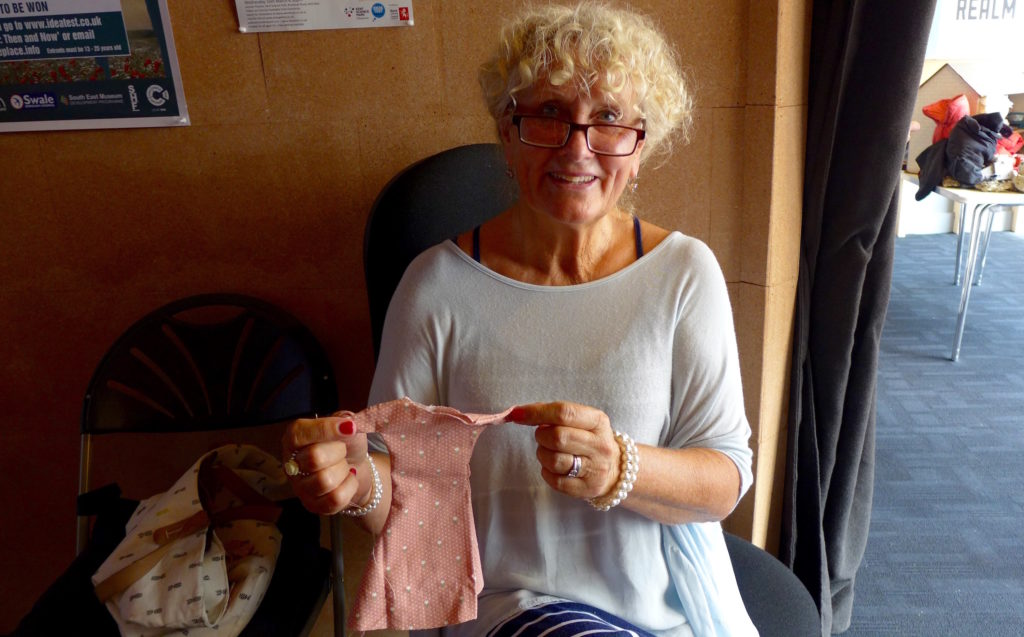 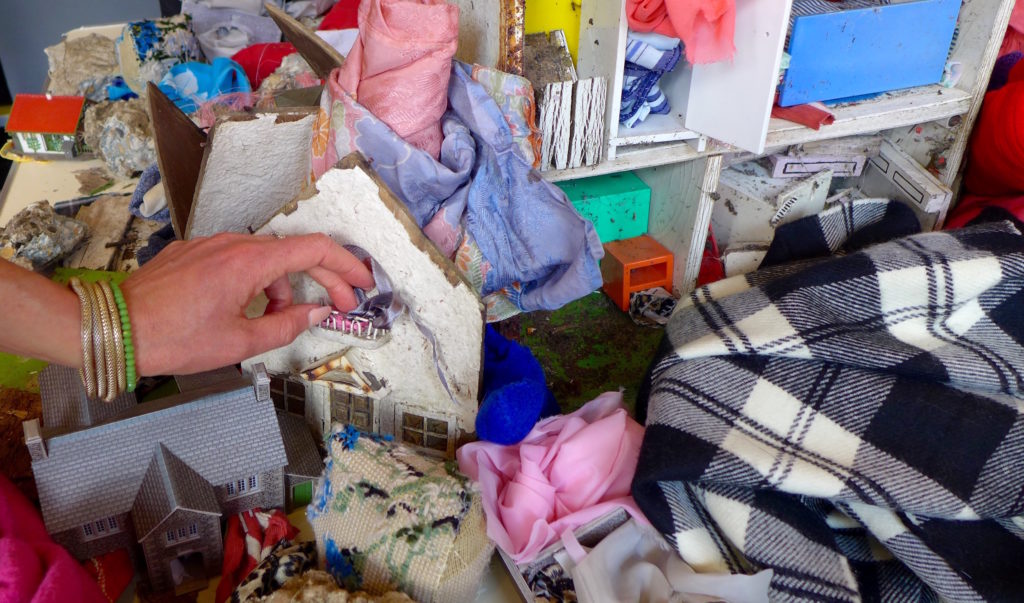 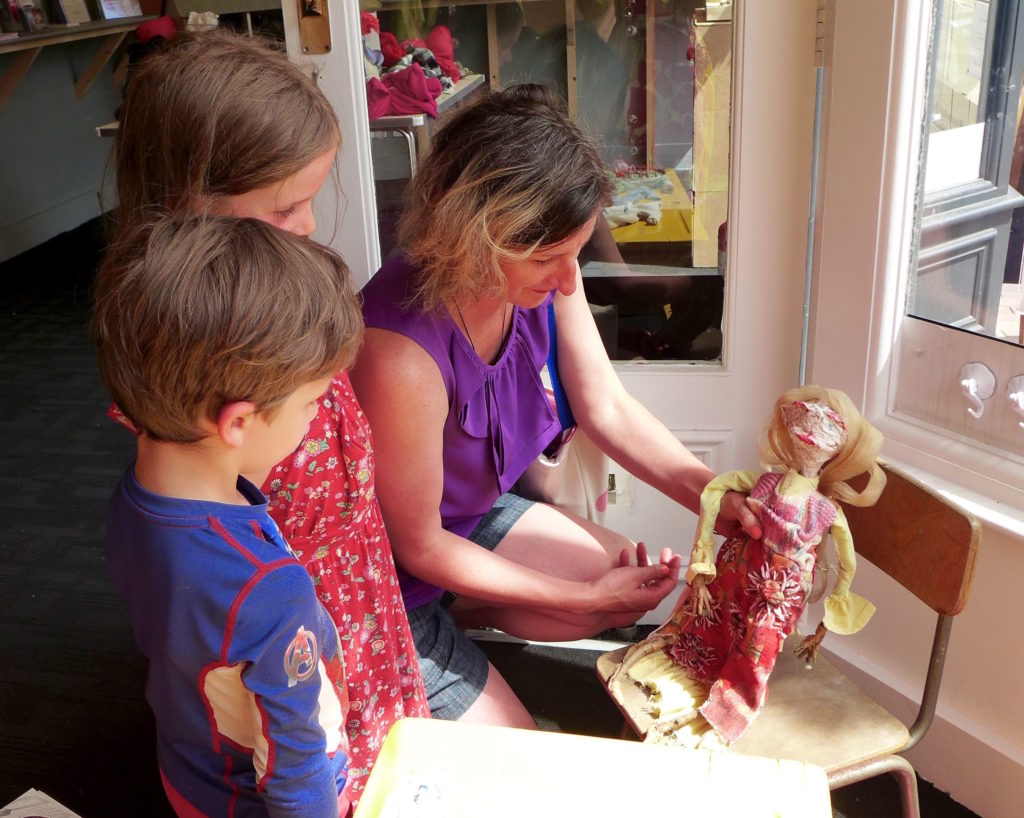 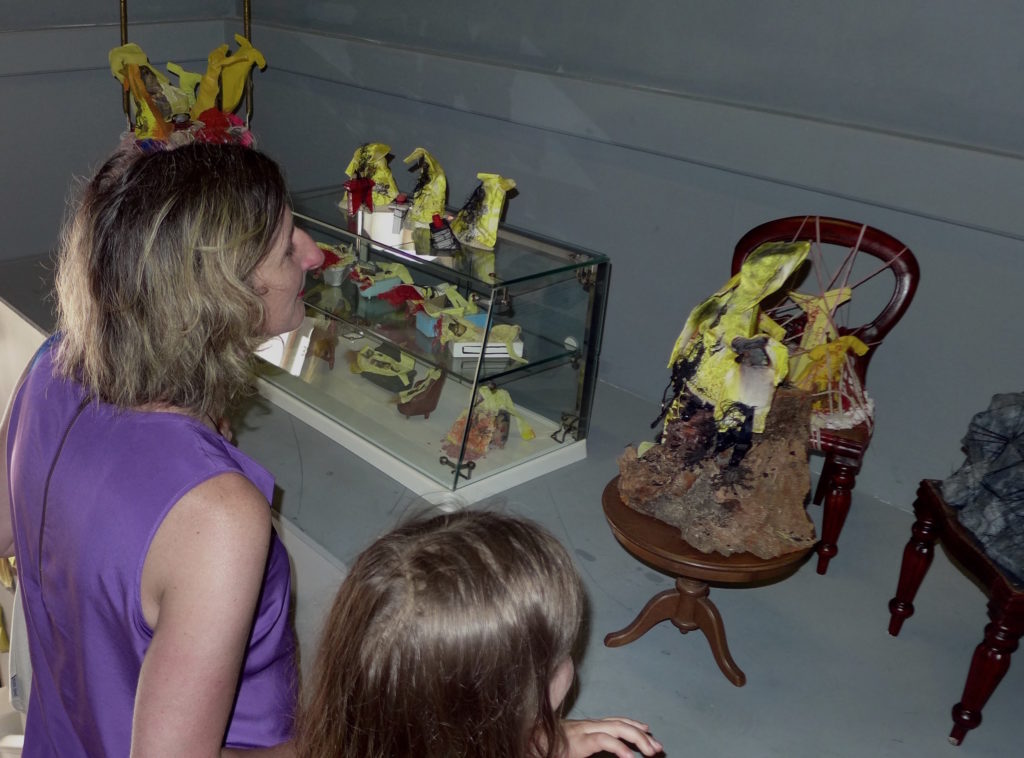 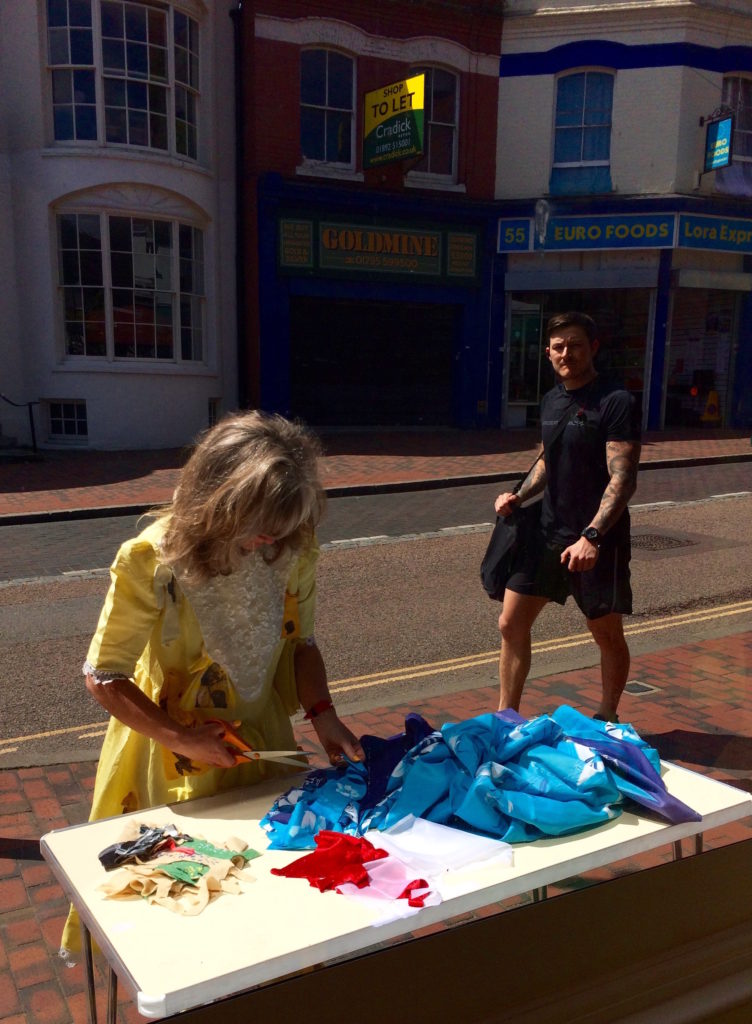 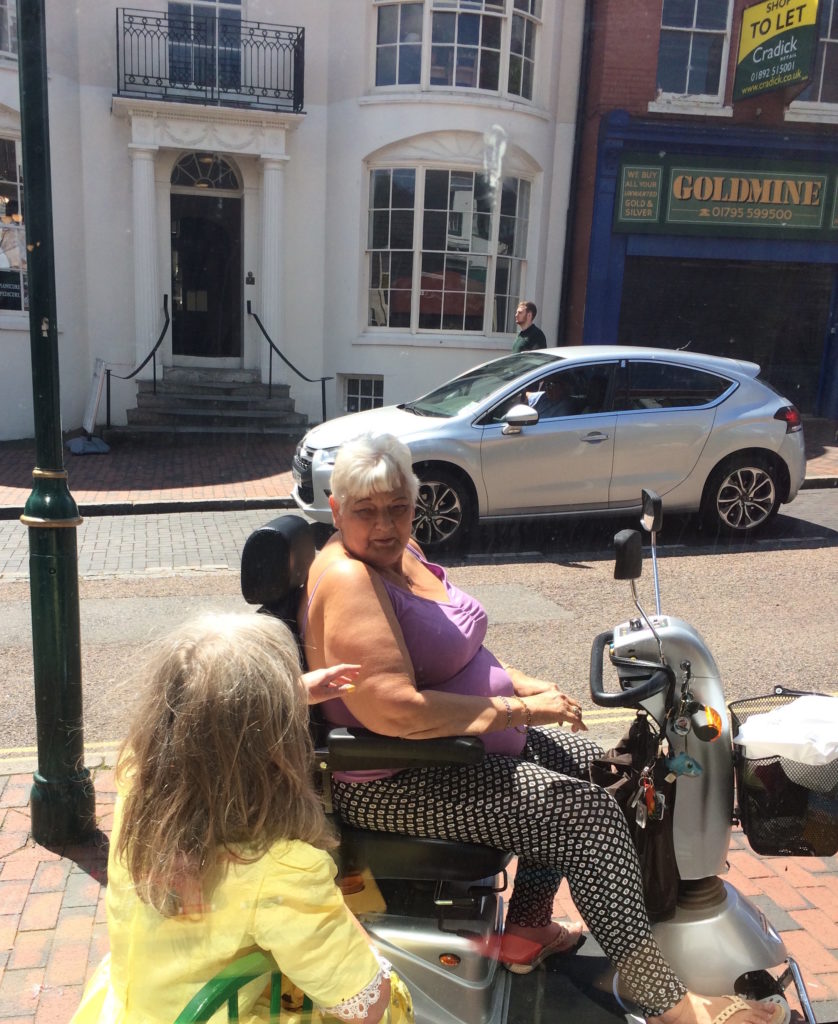 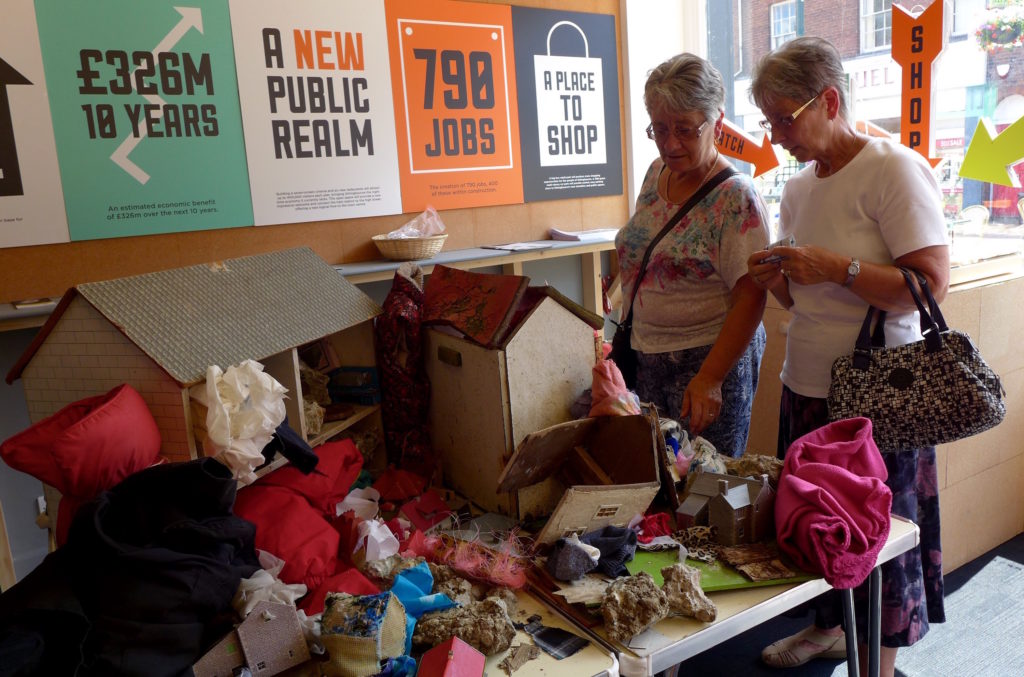 I took on the character of the Cache Dressmaker, she collected clothing and fabric from staff in the building which she cut into miniature dresses, the silhouettes coming naturally to her as she cut. She imagined the small garment would be comfortable and something she would wear.

The Cache Dressmaker left a legacy of deliberately concealed miniature dresses in the voids and hiding places of  No. 34. cramming the fabric dresses far into the bricks and cement of the building; the soft and the hard; for luck; for love; to hide; to store; a memory or a treasure, so making her own story.

The Cache Dressmaker came to know No. 34., she began to understand how a place possesses an atmosphere, speaking to you ‘soul to soul’; wellbeing is affected by a building and becomes part of you; the ‘outside sneaking inside’; the public discourse; the private affairs.

During her residency she wore two dresses, ‘Red House dress’, embroidered with cement and  ‘Yellow Ghost dress’, she was accompanied by the Cache Dressmaker puppet, a small likeness of herself wearing ‘Red House dress’, the puppet played a supporting role watching and stitching, the connection between what she wore and what she made affirming in her work

Working in the High Street The Cache Dressmaker talked to passers by about her exhibition and the 504 cached items found in the demolished building further down the street. People of Sittingbourne were very proud of their heritage and the ‘cache discovery’.

During her residency the Cache Dressmaker collected stories from visitors, conversations included:

‘block up the chimney to stop the witches coming down’,

‘the Sittingbourne building with it’s beautiful cached clothes collecting rubble and dust in the fabric and lace’,

‘your finger nail pick a hole in the wall through to the next room’,

‘mirrors on the windows reflecting back into the house’.

Many of these conversations featured in her work.

On the final day of the residency visitors came to meet the Cache Dressmaker, bringing with them old clothes to ‘deliberately conceal’ in an installation of her ‘small buildings’. The old clothes had stories attached to them and the activity of caching was poignant.